How to Avoid Sleep Disasters After the Holidays 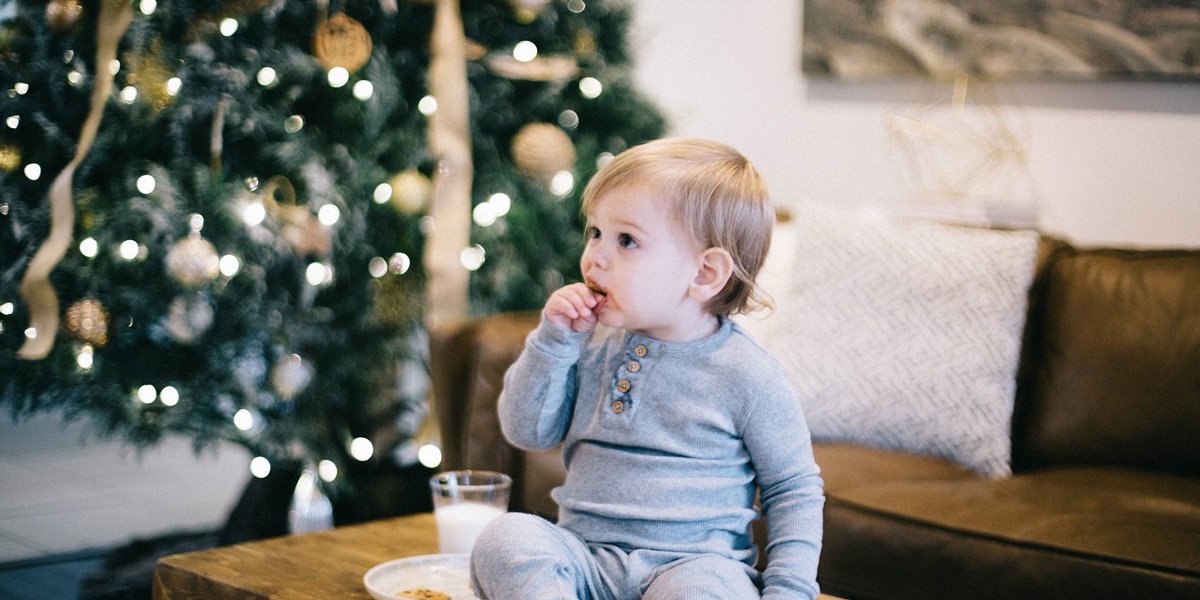 While we are already looking back to the most joyous times we have experienced these last days with our family, the return to normality can be quite stressful and tiresome. This is especially true with young children whose sleep routines were not always consistent while being away from home.

For parents, this time of the year provides the greatest benefits. They can spend more time with the children and sleep a little more by taking a nap once in a while. For the youngsters, the holidays can be synonymous with sleep chaos. They sleep late, wake up early, have naps in the car or in the stroller and sleep in their parent’s bed for part of the night. The usual sleep rules change or disappear altogether which could give them the opportunity to learn how to manage sleep differently. People tend to say that everything goes back to normality after the holidays. This is often what happens … but not for all families.

What is a sleep disaster?

After being away from home, it is common to witness that babies and toddlers have grown an unpleasant behavior that requires the parents’ endless intervention when it comes to sleeping. Sleep deprivation can lead to the following negative effects:

It is totally wrong to believe that skipping a nap will help a child to fall asleep more easily at night and make him sleep longer in the morning. On the contrary, the excess of fatigue can delay falling asleep. The high level of cortisol will make a child feel more alert. You may compare that hormone’s effect to a double shot of espresso. By creating a second wind, cortisol makes a child more agitated, more difficult to console and likely to need more of its parents’ time and energy to get to sleep.

Overtired children are in fact too tired to sleep and are fighting the signs of fatigue. The little one might enter into a vicious cycle. Losing sleep during the day will make him wake up more often during the night and too early in the morning. As a result, he will be less attentive, joyful, and playful the next day due to lack of sleep; he will be cranky and it will be difficult to make him observe a siesta.

When facing such behaviors, parents often regret having gone away from the right path, even for a very short period of time. The new (bad) sleeping habits that emerged during the holidays are not considered as exceptions anymore for the munchkin; they are seen as part of the new sleep routine… oops!

Some parents assume that by returning to the daycare or by being back on the rigorous schedule set up by the nanny, all sleep-related issues will quickly disappear. Unfortunately, reality can be quite different. Their child might sleep well at the daycare or with a caregiver, but not with them. Why? Because he is continuously testing the parents’ boundaries. It’s simply the nature of children; it is not just limited to sleep. 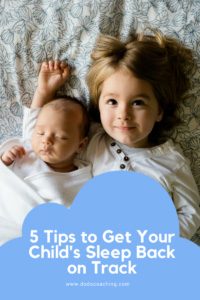 How can parents get their child’s sleep back on track?

Whatever the domain, a coach is a person who teaches and trains the team and makes decisions. As sleep coaches, parents should show their child that they support him/her along the road of becoming an independent sleeper and believe in his/her ability to fall asleep alone. Their role is not to do things for him/her but to guide and to encourage him/her in developing sleep-enhancing solutions. In order to demonstrate that they represent the greatest sleep coaches for their child, parents should:

All these above recommendations (except for the last one) apply for the nap time, bedtime as well as for the night awakenings.

It is said that when you become a parent, you stop being the picture and start being the frame. That is exactly what needs to happen when sleep coaching. At nap time and bedtime, the child might fight sleep and show his disagreement. Setting limits can avoid many of these small quarrels. If the rules are not clear, e.g. the bedtime ritual is unpredictable, the child will start bargaining for an even longer time with the parent, more stories or more songs. This type of begging, fun at first, should be carefully controlled by the adults.

Parents must learn to tell him firmly, when necessary, ​​”No, that’s enough, now it’s over,” and interrupt the bargaining without hesitation. They can blame the clock and show that bedtime has arrived. Parents must be consistent and united in their decisions. If mom refuses the last glass of water and dad lets the child get up to take one (or vice versa), the child will never know which way the wind is blowing. Whereas, if both parents remain firm and apply the same rules, he will soon learn not to get up again after bedtime has come.

Sleep is a pleasure that needs some preparation. The evening must be a moment of calm, avoid screen time as much as possible, avoid stimulating activities, stress, and family conflicts. The child should enjoy moments of tenderness and serenity with a bath, stories, songs, or cuddles. The activities must please both the child and parents to ensure the continuity of the routine.

Read: What is healthy sleep hygiene?

Tip #4: Do not overlook the benefits of naps.

If the child is resting too much during the day, he will give parents a hard time going to bed at night. If, on the contrary, a nap has been skipped or shortened, he will end up being exhausted at the end of the day and lack reassurance. Sleep deprivation during daytime leads to more frequent night awakenings and early rising. It is a myth that a child that sleeps less during the day will sleep more during the night.

All existing sleep coaching methods are successful when parents understand that it takes time to change sleep associations. They have to stick to their decisions, no matter what. Throughout his life, a child will test the parents’ limits, patience, and consistency. His sleep learning is no exception to this rule. Therefore, sleep coaching will only be successful if both parents are 100% consistent and involved in the process. As Johann Wolfgang von Goethe once said: “Thinking is easy, acting is difficult, and to put one’s thoughts into action is the most difficult thing in the world.”

When can improvements be expected?

In general, if the child was sleeping well before the holidays, it could take about 1 to 3 nights to see him sleep through the night again, and about 5 to 7 days for the naps, provided that the parents remain consistent in their approach and the child is healthy. They can no longer let the child believe that they will grant any other special permissions. However, if the holidays have made it possible to worsen existing sleep issues, parents could face much longer periods of sleep deprivation.

If you would like to get more information on how to improve the quality and the quantity of your child’s sleep, schedule your first free consultation now! It is a free and non-binding offer.

Sleep Influencer Priscilla is the only sleep expert in Europe to have trained and worked in the USA. Every day is a new opportunity for her to help sleepless families get through the most tiring period of parenthood. She loves cappuccino, tasty chocolate, and planning her next travel adventure. Click here to read more about her

90 Inspirational Quotes for Parents to Live By
3 May 2020

Why Sleep Should Be your Family’s Priority
2 May 2020 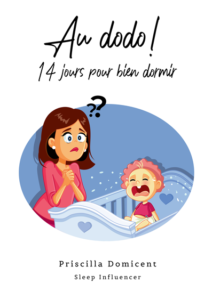 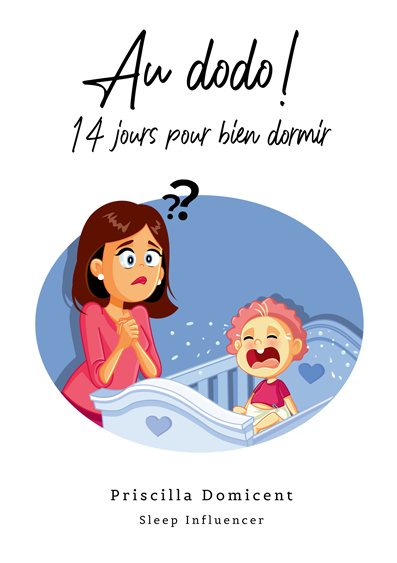